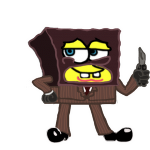 Hello, my name (or username) is QWTF spy, I'm unemployed (unfortunately) and a misanthrope but I live in Australia and society in general due to necessity.

I usually create fiction non-related to Just Cause, check out my blog to find my dystopian fiction.

I also possess some books such as the Anarchist Cookbook and gun-smithing books.

My usual favourite media are video games, here's a list of my all-time favourites.

The Order: 1886: The Order was a good concept gone bad, the game isn't bad just disappointing. I bought this game because I thought it was alienated by game reviewers, I heard a story that critics were faking bad reviews for money but it turns out that they were right. The plot is forgettable and is a lot of holes, dumb AI, QTEs, and zero replay value, it had decent gameplay. I rate it 6/10

Far Cry 4: I was hyped for this game but again it was disappointing, it had a horrible story, forgettable characters, useless characters, and it was just too similar to Far Cry 3. I rate it 6/10.

I'm interested in conspiracy theories but does that mean I believe in them hehe no.

My views on Christianity Edit

I hate it, morality is atrocious and damn right dictatorial. No wonder Di Ravello is a religious person.

Islam is not safe, it's also in my crosshairs as well. Christianity and Islam have the same morality level winch is incredibly low.

This is why I promote Secularist views and values. Christian Values are a mistake that must be forgotten about. It should be destroyed.

I believe in a secularist society, no religion such as Islam nor Christianity should take root.

There are exceptions such as Bill Nye, a mechanical engineer who does not preach pseudoscientific technological bullshit and teaches science

Fun fact: Some dictators were engineers or had engineering jobs?

Those engineers are damn good at social engineering.

Some people got offended by this song, I would like to say screw them and their feelings!

Retrieved from "https://just-cause-fan-fiction.fandom.com/wiki/User:QWTF_spy?oldid=33925"
Community content is available under CC-BY-SA unless otherwise noted.